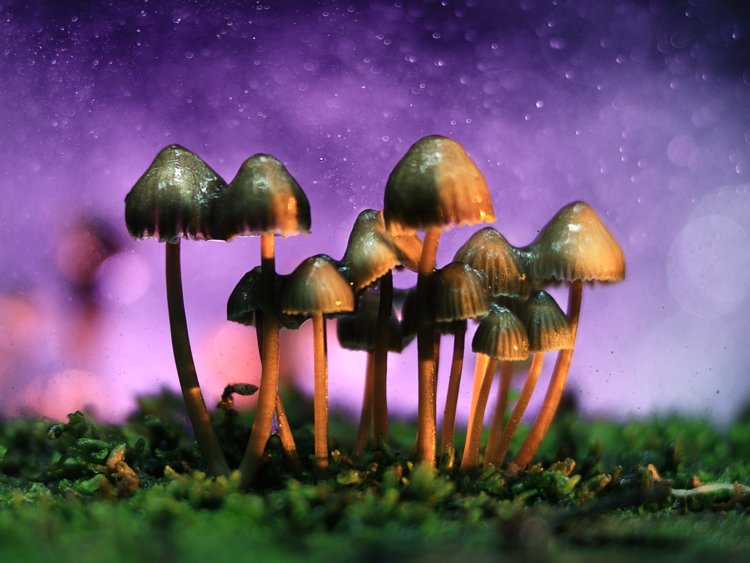 Mycoforestry is a branch of science concerned with the wonderful symbiosis of the fungal and vegetal world, the underground Hyndra’s net called mycorrhizal association. Whereas plants are strongly connected through a mycelium net we observe fluid communication, equal dispersion of nutrients and augmented forest health.

Approximately 90% of all vascular land plants  live peacefully in some association with mycorrhizal fungi. Beyond this fact, mycorrhizal associations are seen in the fossil record and are believed to be one of the contributing factors that allowed early land plants to conquer the land.

What we witness is a very uncompetitive way to thrive on Earth in between diverse living organisms.

Reforestation efforts are greatly enhanced when mycorrhizae are introduced to sprouting seeds or to the roots of young trees before or at the time of planting.

The value of fungi is being increasingly recognized in times of serious loss of habitats and biodiversity provoked mainly by human deforestation and land abuse.

To help nature recalibrate after a major loss, fungi must be brought into close contact with the dead wood so that the forest floor can act as a springboard for saprophytic and other fungi, which are instruments of the forest’s immune system, ready to heal its wounds. For several years after a forest has been cut, the mycosphere survives underground, with an increasing loss of diversity over time unless plant communities and debris fields are renewed.

Can reforestation be a small-scale intervention?

Absolutely yes. We tend to think that to act against such massive disasters we need to operate at tremendous scales, like within globally organized networks. The truth about the fungi world is that the dispersal of spores will already act this way. Globally.

Spores are able to travel at distances of several thousand kilometers using a natural jet stream force and are capable to rest in dormancy for centuries and probably more.

By inoculating spores of known species of fungi that are beneficial to a specific tree or various species of trees, we speed up the growth of single plants and by consequence the rehabilitation of entire forests. It is recommended creating a matrix by chipping wood into variably sized fragments in order to let mycelium quickly grab and invade the wood. Wood fragments with greater surface areas are more likely to have contact with spores or mycelium; this is especially true in the cultivation of mushrooms where spawn growth is integral to success.

As follows some suggested practices and rules from the Agroforestry guidelines:

To expand your knowledge on mushrooms, visit our courses’ section.